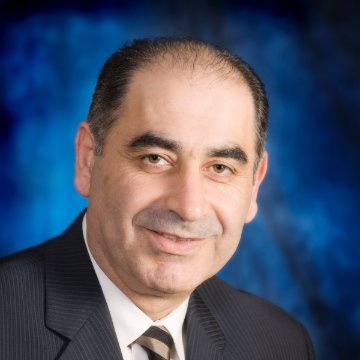 As Vice President of Laurentian Publishing Ltd. and Publisher of Northern Life newspaper, Abbas Homayed provides leadership direction to multiple media and events operations that deliver online and print coverage of local, regional and provincial news; promote the growth of local businesses; showcase the efforts of community organizations; and spotlight the contributions of community-minded individuals.

In 1988, two years after arriving in Canada as a new immigrant from Lebanon, he graduated from Cambrian College with an Electronics Engineering Technician diploma. In 2007, he was asked to join the Board of Governors of Cambrian College where he served as Chair of the Board from 2009-2011.

Abbas was honoured in 2011 with a Paul Harris Fellowship by The Rotary Club of Sudbury Sunrisers, the club’s highest recognition of service. In May 2012, he received the Queen Elizabeth II Golden Jubilee Medal for outstanding community service.

In March 2015, Abbas Homayed was awarded an Honorary Doctorate of Sacred Letters from Huntington University, in Sudbury, for his dedication and passion for community service.