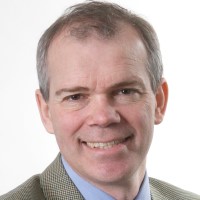 Bob Cox is publisher of the Winnipeg Free Press and is also responsible for the Brandon Sun, Steinbach Carillon and seven other community newspapers in Manitoba owned by FP Canadian Newspapers. He rejoined the Free Press in 2005 as editor after an earlier stint as a reporter there in the 1980s. He has worked in Canadian newspapers since 1983 when he spent the summer as an intern at The Globe and Mail in Toronto. Journalism has taken him across Canada to posts in Winnipeg, Regina, Ottawa, Edmonton and Toronto with organizations including the Canadian Press, the Edmonton Journal and The Globe and Mail. He sits on the boards of a number of industry organizations and currently serves as chair of News Media Canada.