In partnership with Journalists for Human Rights (JHR), the National NewsMedia Council awards the Fraser MacDougall Prize to an exceptional piece of human-rights-focused journalism published in campus-based media during the past academic year, as determined by a panel of distinguished judges.

The winning story is determined by a panel of distinguished judges. Winners receive a cash prize of $1,000 and are recognized for their achievement at the annual JHR Gala, where their campus publication will be distributed to all guests.

The award is made possible by a generous endowment of the late Fraser MacDougall, who had a distinguished career in journalism, chiefly with The Canadian Press. Later in life, he was the first executive secretary of the former Ontario Press Council, which was a forerunner to the NNC.

Born on September 7, 1907, in Stratford, Ontario, Fraser MacDougall’s journalism career started at the Sault Ste. Marie Star, where he was paid $12 per month and earned extra income as a preacher, as reported by David Stonehouse in a January 26, 2000, Ottawa Citizen article.

MacDougall joined the Canadian Press in 1941 in an era when the country was fighting a second world war overseas and newspapers were struggling with the concept of collaboration at home. MacDougall helped change the latter as chief of CP’s Ontario service. He met with journalists and publishers throughout the province and sold them on the idea of a truly cooperative wire service. 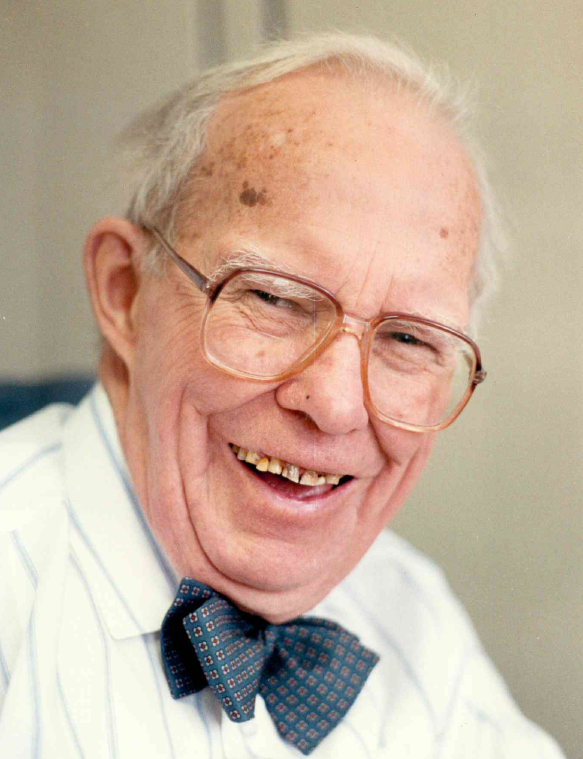 According to a February 2000 article by Peter Rehak in the National Post, after nearly two decades covering news throughout the Heartland Province, MacDougall was appointed CP’s Ottawa bureau chief, where he was instrumental in building out the news wire’s key service: quick and accurate election coverage.

“On election night, a person in each riding would send him vote results as ballots were counted. The network of stringers reported by telegram and even Morse code to Toronto, where Fraser MacDougall and an associate kept track of the national results on a large board with colour-coded pins. It looked like a giant computer motherboard. But, of course, the computer was in Mr. MacDougall’s head.” – Peter Rehak, February 1, 2000, National Post.

As CP’s influence grew on a national scale, so did MacDougall’s. Described as a stickler for detail and accuracy, the Ontario journalist was a zealous proponent of the CP Style Guide, not only for the manual’s widely referenced grammatical rules but also for its standards outlining CP’s firm commitment to accuracy and fairness.

After he retired from his job at the Canadian Press, MacDougall became the first Executive Secretary of the Ontario Press Council. There, he worked tirelessly to build out the organization into a respected institution that served the province’s newspapers and the public interest by upholding journalistic standards, and laid the foundation for the national organization of today.

Fraser MacDougall died at age 92, leaving a legacy of firm commitment to journalistic principles and standards to a new generation of journalists.

Winners are typically the story’s writer and editor.

To be considered complete, your application must include:

Queries about the award can be directed to Brent Jolly, the NNC’s managing director, at: [email protected]